Amazing facts about how Unity3D helps 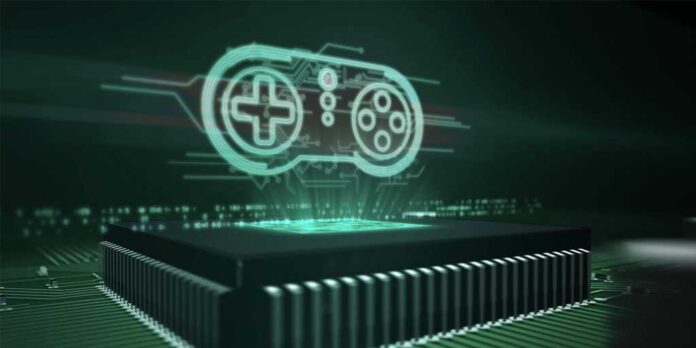 Unity 3D has become a global sensation in business development. This release was revolutionary and created a huge ripple in the making. The product has shown amazing results in boosting business. Unity 3D is easier to use and brings impressive results compared to similar products with similar features. Unity3d game development company can make your business sky-high without needing to go through complicated and mind-boggling procedures.

So, are you ready to explore the whole new Unity 3D? And how can it improve your business? Then what are you waiting for? Jump to the main content now!

What is Unity 3D?

If you are completely new to it, you may not know what Unity 3D is. This definition might help you grasp the topic better. Unity 3D is a rich-feature game engine that made a huge hit among game developers and editors.

As a game engine, it helps the game editors concentrate on the game’s unique elements instead of basic game functions. Unity 3D developers provide flexibility in game design. You can choose the genre or programming language according to your choice. With Unity 3D, you do not need to code everything from the stretch.

Netcode 1.0 is one of the most powerful features of Unity 3D. For many game developer businesses networking may seem much of a need. But networking stimulation can bring amazing results when you want to develop a game involving various people interacting and stimulating. In 2021 Unity improved some aspects of Unity 3D, including Netcode 1.0. This upgrade focuses on current Unity GameObjects and open-source software to bring stability and works excellent for multiplayer games.

C# Job System is another top feature of Unity 3D. It uses verbose logs to notify the developer about the potential problem that can occur. It would be hard to debug and make it fully functional when working on heavy designs and using Multithread codes.

In simple words, writing multithreaded code requires lots of time and monetary investments. But with Unity 3D’s C# Job System, the work becomes easier and less expensive. It makes the work of a developer easy by informing about possible issues beforehand. So, Unity 3D developers can take the proper step and avoid issues in game development.

Unity 3D is a powerhouse that comprises many powerful features of a gaming engine. And the Burst Compiler is one such feature we will discuss here. A good game engine will allow you to use low-level programming languages, such as C and C++, that provide various benefits. But using them to write code has two major drawbacks. 1) they are complicated, and 2) they cannot run on various platforms, so you cannot develop a game that works on various platforms.

But with Unity 3D’s Burst Compiler, it is all possible now. The Burst Compiler offers highly optimized codes for any given platform, and there is no need to write every code manually.

ECS, or entity component system, is another powerful feature of Unity 3D. Unity 3D development services offer a revolutionary change in the game development business. ECS is an integral part of DOTS or a data-oriented tech stack. Previously it wasn’t easy to achieve a good layout with OOP. In OOP versions, it was hard to collect the right layout as all the objects were scattered throughout the place.

But Unity 3D’s ECS feature game developers have a good hold over the work, as ECS helps the CPU to process components in batches and improves the code optimization simultaneously. So, developers can generate highly optimized code without using C or C++ languages for manual code writing. ECS also makes it easy to develop complex 3D gaming worlds for game developers.

Visual scripting is another essential feature of Unity 3D that helps grow your business, but you must seek help from Unity 3D developers. Visual Scripting uses graphic-based and visual coding instead of traditional written ones to help game creators build interface logic and other mechanics of gameplay. Users can benefit from node-based values and actions to create interaction logic. Other important aspects of visual scripting are compatibility with the codebase, ease of use, self-contained behavior, live editing analysis, and debugging.

Visual scripting promotes designers’ and artists’ control over their creative ideas. And test those ideas by using graphs and custom nodes to find the best solution. It mainly aims to create codes using visual and graphic scripting to enhance game designers’ creative power.

The environment system is the most fantastic feature of Unity 3D. One can also call it world-building, as the tools in this feature allow game designers to develop certain landscapes and vegetation for the gaming world. These tools are also helpful for creating creative content. Programmers can use environment system tools to create various virtual worlds, modify them when needed and choose a specific runtime.

This Unity 3D feature has improved a lot over the years, and now many designers and artists can work on its layered structure to finish a project faster. Advanced tools of the Environment System allow designers to add minute details in virtual terrain.

This feature of Unity 3D comes after the creation of virtual worlds, but it is a feature that aims to create more immersive worlds for gamers. Virtual texturing helps to create high-resolution textures but reduces texture loading time and memory usage. It primarily focuses on presenting graphics in a richly textured and high-quality way. That is why it splits them into cubes or tiles and progressively uploads aspects.

It places high-textured graphs closer to a user’s view and lightly imperfect ones in the background to make visuals aesthetically pleasing.

Kinematica saves a lot of time for designers and artists by using natural motion clips instead of recorded clips, ensuring the fast completion of projects with high-quality work.

Juego Studios is the brightest name one will hear when we talk about game development, VR solutions, or Unity 3D developers. Juego Studios provides the best solution, whether it is for creating virtual reality games, html5 game developers, 3D worlds, or Blockchain projects. They work with the best market technologies like Unity 3D to provide highly satisfactory results to every customer.

The work delivery and efficiency of Juego Studios are beyond comparison. And if you are looking for a reliable game developer, VR, or NFT work, then no wonder Juego Studios is the right place for you.

In this blog, we have explored all the key features of Unity 3D and the different ways it can help your business to grow. As you can understand, Unity 3D displays some most powerful and interesting features that make it stand out from other game engines available in the market. And using Unity 3D development services is a powerful way to boost your business.

The Most Intense Insight Of A Crypto Marvel

How to get a Different font on discord? 

How to find your perfect niche step into success now

How to grow your audience? 5 tips for promoting a podcast

What exactly you mean by Kwfinder_ Explain its various uses_

How much does a Lora gateway costs?

How to grow your audience? 5 tips for promoting a podcast